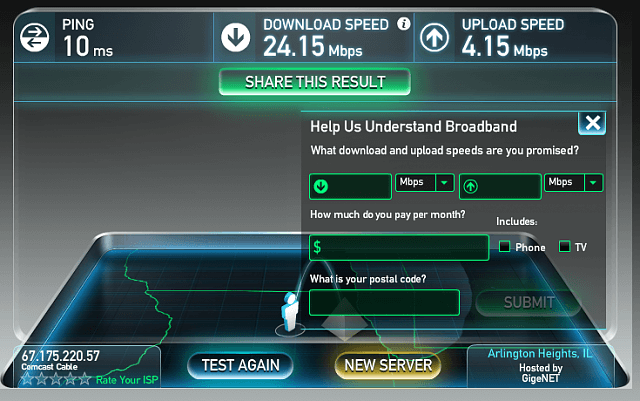 VPN is one of the best ways to encrypt your internet traffic. However, in doing so, it reduces your speed in the process of encrypting and parsing the data between encrypted tunnel. Sometimes, the speed on one server is unbearable, and blazing fast on the other. The question arises, which server to choose? There are various methods to check the VPN speed tests.

Why do you need to test your VPN speed?

We all want fast internet, and free of interruptions. Slow internet connections frustrate – especially when you’re streaming your favorite TV shows, downloading large files, or doing a video chat with your friends. You need VPN speed tests to:

Why are some VPN servers slow?

How To Use The VPN Speed Tests

There are two common ways through which you can check the speed of your VPN.

ExpressVPN is selected as an example to show how to conduct VPN speed test from the built-in feature. 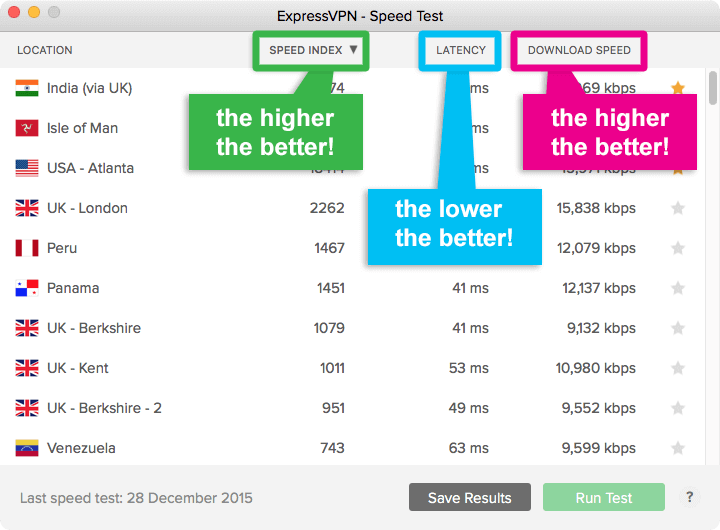 Latency – It’s the time a data packet takes to reach a VPN server location from your device, measures in (ms) milliseconds. The lower the latency is, the better connectivity you will receive.

Download Speed – It is the speed at which data packets are downloaded from a VPN location, measured in (kbps) kilobits per second. Higher download speeds provide a better connection.

You can achieve different levels of video quality while streaming. According to Netflix:

Speed Index – It combines the Download Speed and Latency  into a score for a given VPN server. The higher Speed Index tends to have better connectivity.

Testing a VPN is optional, you are not required to test it. However, if you are concerned about the speeds and having connectivity issues then it is wise to do VPN speed tests to save you from the frustration.