A list of 5 of the best VPNs to use in United Kingdom.

The UK is a beautiful old country, but also one that has quite a few problems when it comes to the internet. Whether you live in the country or outside of it, you are bound to experience some of these issues yourself.

Fortunately, you can overcome these problems, provided that you know what to do. More than that, you need to have the right tools at your disposal. Of course, you might expect that you will need a whole group of tools to combat these problems, but you don’t. All you really need is — a VPN.

Why do you need a VPN for the UK?

For those living inside the UK, censorship and online surveillance are an everyday problem. The country’s Government Communication Headquarters keeps monitoring every available aspect of online traffic. Basically, it is the UK version of the NSA.

Not to mention that it is one of the founding members of the 5 Eyes Surveillance Alliance, which eventually evolved into the 14 Eyes Alliance.

And, of course, who on the outside hasn’t tried accessing some of the UK’s excellent streaming services, or even its shows directly, only to discover that they are out of reach? Whether you wanted to access its BBC iPlayer or watch The Voice of UK, EastEnders, The Dumping Ground, and alike — they are all out of bounds for anyone living in foreign lands, be they UK citizen or not.

And why? Simply because you do not live on the territory of the country. With the VPN at your side, however, you can change that. As you know, VPNs’ server networks allow you to connect to distant servers and change your online location. Meanwhile, their security and privacy feature to protect you from surveillance, so really, with this single app, you get to resolve most of the mentioned problems.

Best of all — they are fully legal, so you don’t even have to worry about breaking the law by using them.

The issue of choosing the best VPN

Of course, just because you know that you need a VPN, it doesn’t mean that any VPN would do. In fact, most people would agree that choosing the right VPN for the job is the most difficult step of the way.

You see, picking the right VPN is problematic because they all claim to be the best when that is rarely the case. And, if you go with the wrong service, the best you can hope for is that it won’t do what it is supposed to do. In that case, you will have lost your money for nothing.

In the worst case, you can even end up having legal issues, depending on what you do once you think you are safe.

These problems can come for a variety of reasons. Some VPNs use cheap security features, or they might even start selling your data to advertisers. If a VPN is based in a data-hungry nation, it could even sell your information to the government. Even worse, it might be forced to deliver your data by the government, and forbidden from notifying you about it.

This is especially true for the countries of the 14 Eyes alliance, one of which is the UK.

In addition, their server networks might be slow, overcrowded, or simply too small to be useful. Or, the IP addresses that they offer might be blocked by the UK services, which would make the entire VPN useless to you if your goal is to access UK content from abroad.

There are many things to consider, but if you know what to look for in a VPN, you won’t be so easily tricked by just about any service that says that it is the best in the world.

What to look for in a VPN

So, with all of that in mind — what should you actually look for in service when looking for the best VPN for the UK? Naturally, the more features it has, the better. On the other hand, it is much better to use a VPN that has fewer features and use great quality ones, than to use a service that has plenty of weak features and functionalities.

Still, some things have priority and they stand above the rest, such as:

● A large server network: This is a crucial feature if you are looking to unblock foreign content and have access to the open internet.
● Strong security protocols: These are needed in order to create a secure tunnel for your data to flow through and stay out of sight.
● Strong encryption: Another VPN-defining feature that will protect your data even if it leaks from the secure tunnel, as no one will be able to read it.
● Leak protection: While you do employ encryption, and the strongest one has never been cracked — it is still better to never give anyone a chance to gather your data, even if it is fully protected.
● Kill Switch: Just like leak protection, a kill switch will prevent your data from being exposed in case of the VPN malfunction for whatever reason.
● Money-back guarantee: Nearly all VPNs offer a money-back guarantee that allows you to get your funds back if the service doesn’t work well for you, but it is still best to pick one that lasts long, such as 30 days.
● Zero-log policy: Most VPNs will claim that they keep no logs, and then admit in their privacy policy that they do, in fact, log some data. It is up to you to determine what data they do keep and whether you are comfortable with that.
● Good speeds: Of course, speeds are crucial for streaming or downloading, so even if your VPN can unblock UK services, it will matter little if it is too slow.

These are only some factors that you need to keep in mind when picking a VPN, but they are among the most important ones. You should also check which devices the VPN supports if it is user-friendly, and of course — its price.

Which VPNs can we recommend?

With all of that in mind, there are some services that are rather well-known as excellent options. Fortunately, the fact that they are well-known did not interfere with their quality, and while there is only a handful of top services in the industry, these are almost guaranteed to help you achieve almost any goal that a VPN can help with.

The services in question include: 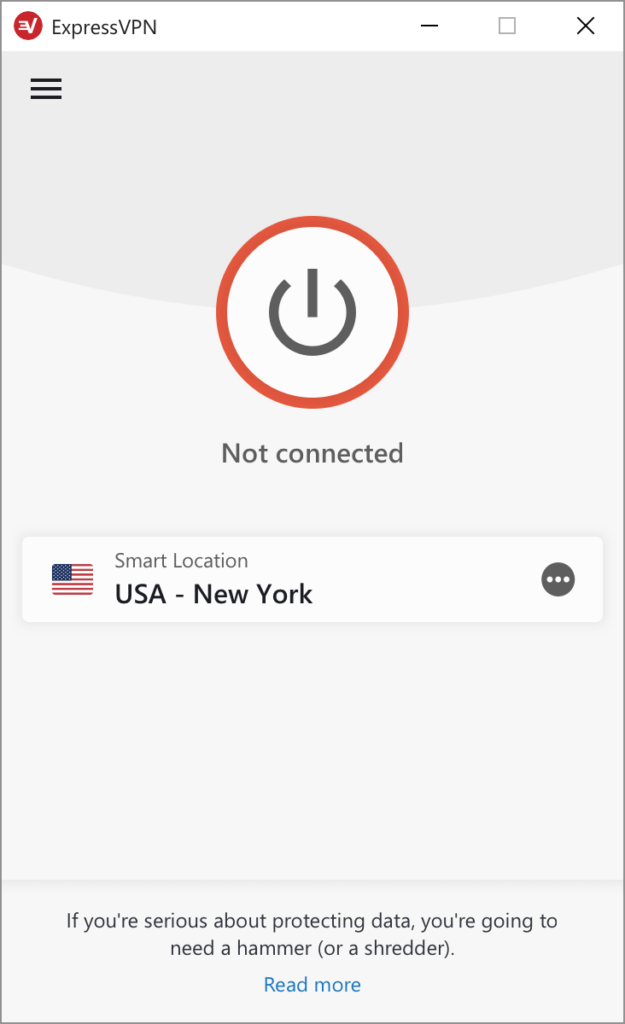 ExpressVPN is the British Virgin Islands-based service, but don’t let the name fool you — this is a privacy-friendly nation that is not nearly as intrusive as the UK itself. In other words, ExpressVPN is safe for being based there, and it can guarantee that it won’t keep any logs.

As its name suggests, this is an extremely fast VPN service, and it features the industry’s strongest security and privacy features. It has decent prices and a 30-day money-back guarantee. Meanwhile, its server network consists of 3,000+ servers in 94 countries, UK included. It is known for being able to unblock BBC iPlayer and other UK content, including the UK version of Netflix. 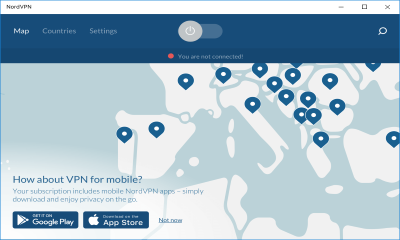 Next up, we have NordVPN — a Panama-based service which also benefits from the country’s privacy-friendly nature. NordVPN is also excellent when it comes to unblocking foreign content, as well as protecting its users’ own data. Fortunately, it also has great speeds and rather average prices for a VPN of this caliber.

NordVPN also keeps zero logs, it has just as strong privacy and security features as ExpressVPN, and it offers a massive server network consisting of 5400 servers in 59 different countries around the world. It is great for torrenting, it supports plenty of different devices and systems, and you can even benefit from its 30-day money-back guarantee, should you decide that it doesn’t work well for you for whatever reason. Like ExpressVPN, it is one of rare few that can unblock UK content. 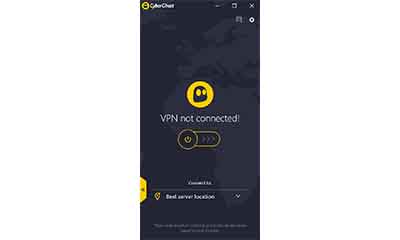 The third on our list is CyberGhost, and this is a service that has quite a few things going for it. Its server network is rather impressive, covering almost as many countries as ExpressVPN (90+) and having even more servers than NordVPN (6,400).

At the same time, it also features blazing speeds, the same quality of security features, and support for all the popular devices and systems. Another thing that makes it stand out is its 45-day money-back guarantee, which shows that CyberGhost really doesn’t expect you to change your mind and leave, which speaks of its quality by itself. All in all, you won’t regret choosing this service.

Nearing the end of the list, we have Surfshark — a VPN that is also based in the British Virgin Islands, which means that it can offer the same anonymity and security. However, it also offers a major server network of 1700 servers in 63 countries, which is rather impressive, considering how young this service is.

Surfshark also has a 30-day money-back guarantee, plenty of features that will keep you safe online and protect you from malware, hackers, phishing, and similar issues. And, of course, it is very fast and great for unblocking content in the UK, so you should definitely keep it in mind. 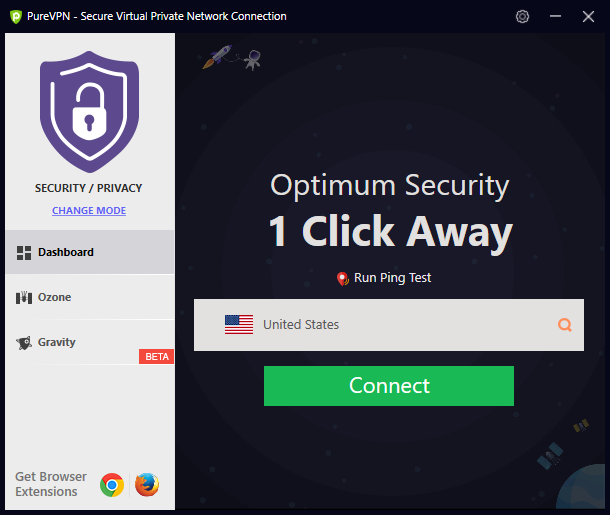 Last, but not least — we have PureVPN. This service calls itself the fastest one in the industry, but whether or not that is true — it certainly does have some excellent speeds. It also offers the ability to unblock BBC iPlayer, which means that it works with UK services.

This particular VPN also has very cheap prices, Allowing you to pay $1 for a week-long trial, after which you get to enjoy cheaper monthly prices. From the privacy standpoint, it also doesn’t keep logs, it supports 10 simultaneous connections, and it has 2,000 servers in 140 different countries. All in all, it is a great service that is based in Hong Kong.

And, that’s it. Right now, you know what to look for in a VPN, as well as why you need one for the UK in the first place. If you are in the country, you should consider protecting yourself, as the UK stands as one of the world’s worst countries when it comes to privacy.

If you are outside and you would like to access the country’s content, once again, you need a VPN to do so. Geo-restrictions come as an unfair invention, but they are there, and we can’t do much about them apart from finding a way to bypass them. Fortunately, doing so is more than easy with the right VPN by your side.