In our ever-connected world, it is easy to lose sight of the inner workings of our technology. Amidst all the noise of social media and the apps on our devices that are forever keeping us busy, there is some brilliant computer science going on.

Some networks are not secure and can be hacked allowing people to access and view personal information, offering little or no security while conducting online activities.

For this reason, many use VPNs. 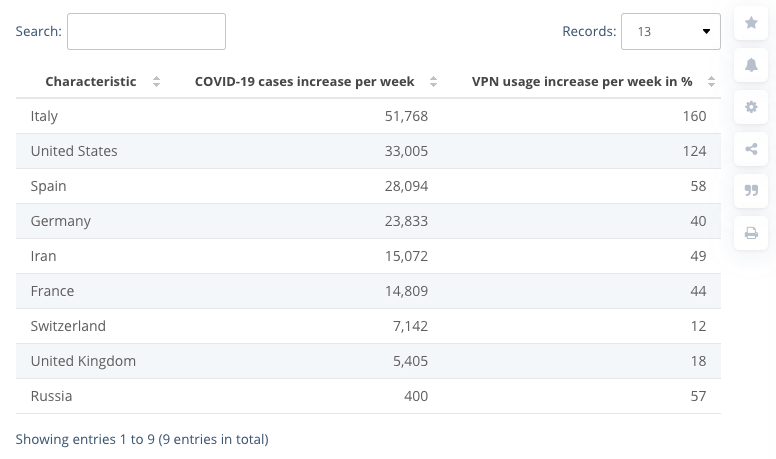 What is a VPN?

VPN is a Virtual Private Network. Many use it as a way of maintaining privacy while online to increase security by routing traffic to and from their server to the device through an encrypted tunnel, as opposed to doing it directly to or from an Internet Service Provider (ISP).

Many large organisations use corporate VPNs to allow employees to have remote access to their server while maintaining safety and security as well as privacy for the business and data. Organisations would typically run the servers and the VPN’s used by employees to connect to resources.

How does a VPN work?

When a VPN is put in place, it hides the IP address by allowing the network to redirect it through a specially configured route to a remote server run by the VPN host. This would mean, when online with a VPN in place, the VPN server would become the source of data rather than the network server itself.

Having the IP address redirected in this way means the ISP and other third parties, including hackers and spyware are unable to see the websites being visited or theft of data accessed and received online. The data acquired through a VPN is un legible making it useless to someone, even if they got their hands on it.

However, today’s evolving technology has given birth to cloud computing, opening the scope of possibilities. Cloud computing or ‘The Cloud’ rather offers the ability to designate software, data and services to run across the internet itself rather than running them locally through devices with a robot that serves as mansions above. The hosted VPN services can be attained via a web browser or a smartphone application.

For this reason, cloud computing is a mile more efficient than its counterpart and its approach can be quite cost-effective, working out for businesses. Organisations will be able to outsource the upkeep of their server and its maintenance without needing a dedicated in-house team allowing for updates to be done quicker and more efficiently at the server level.

What is Cloud VPN?

Cloud VPN, or sometimes known as Virtual private network as a service (VPNaas) or host VPNs take the responsibilities of looking after the VPN away from the business and is a modern solution to having a VPN that helps to streamline operations.

Cloud VPN is also designed to be compatible with cloud applications giving them a higher level of security. Traditional VPNs can be difficult to work with mobile apps, but cloud VPNs are designed to work apps as well as brows making them more flexible.

Cloud VPN offers more flexibility. Once a traditional corporate VPN is set up and put into place, moving it or changing it to expand as the business does can be challenging as it is fairly static in its nature. Cloud VPNs are much easier to scale and can work well with a growing business.

Are they any different?

As with most similar things, there is always a clear difference. We have touched on a few differences above, but some other differences are also apparent. Unlike traditional VPNs which require organisations to buy and run servers, require designated rooms in business to keep equipment, the struggle of keeping them cool, cloud VPNs require no or minor investment into hardware and offer the ability to work between large selections of applications.

Also, once in place, they offer organisations the ability to change the VPN to align with the needs of the business. This can be very important in this day and age, especially as the pandemic has brought upon many challenges.

As working from home becomes more of a necessity, businesses are slowly giving up working spaces as the country goes out of lockdowns. Having a fully online cloud-based system will mean organizations will not need to worry to avoid in site servers and VPNs, keeping employees and business data safe even in the wake of remote work.

It is important now, more than ever, to find a safe way to be able to access data online without being under threat of security breaches no matter what type of device is benign used. Traditional VPN and cloud VPN offer different ways of doing the same thing, which means choosing between the two, ultimately demons on what it is needed for. Traditional VPN’s are a lot more secure in the way of the server and all aspects of it are run in house. However, cloud VPNs offer wide flexibility for growing organisations.

Cloud computing has changed personal, business and management as a whole. From an organisational level, it has aided in helping to visualise businesses. Increasing scaling opportunities and offering the ability to handle bigger workloads. From a personal level, it has increased the reach for B2C offerings, making things more accessible. This has aided in increasing convenience and services directly to customers.

Although we have seen the shift already take place in how cloud computing has changed life, there is still mass amounts of potential for it and many researchers have gone as fast as to say we have only yet just scratched the surface of what cloud computing is capable of, making for an exciting future ahead.